Entrepreneur, skateboard pro and artist Rob Reger wanted to change the face of the female hero. He made it his mission to create a counter icon, to set a standard for individuals who saw conforming as an imprisonment, not a way of life.

Initially Emily was introduced to the world as a decal for skateboards. Emily has since captured the spirit of iconoclast style since her birth in the early 90’s. She was designed to be mischievous and spark the dreamer in all of us. She is a strange young girl, no pun intended.  Everything that defines hip and beautiful, Emily personifies the opposite. She is an impish character who is both self-assured and fiercely independent. Emily is bubbling with a bad attitude and makes it her mission in life to share her rage. She faces the world head on with her friends, a gang of felines. Music is her only form of solitude.

Her choice of music? Of course everything that can be categorized as counter culture. Emily rejuvenates punk classics and metal masterpieces. Her negative outlook is oddly inspiring. She is the antidote for everything that defines pop culture. 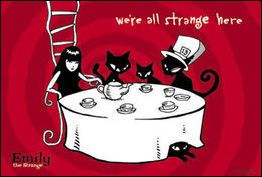 The traditional idea of what a female should be is nowhere to be found in the life of Emily. Emily is dark, “The avenging angel of the outcast; the patron saint of losers, loners and daydreamers, “. Emily is an artist, a rocker, a skater and most important an individual. By no means does she fit the image of being classy and ladylike. 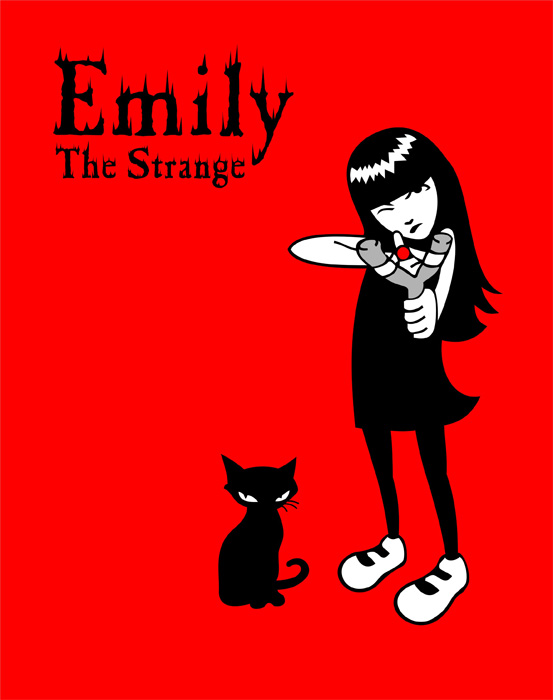 Emily is never discreet about how she feels. She does not conform to what is deemed appropriate behavior for a young lady. She delivers the message that she is content with being a loner and that the only companions she needs are her cats. All that defines Emily is not what should define a thirteen-year old girl.

So now you know who Emily is. What is Emily? 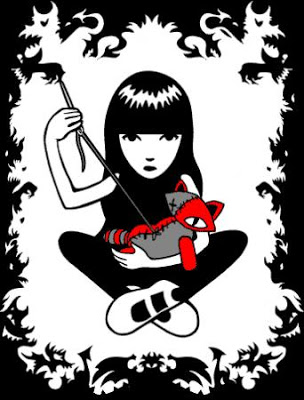 Emily is a unique line. The Cosmic Debris Emily franchise has a considerable merchandising catalogue including, clothing, stationary, stickers, comics, novels, cosmetics and all types of fashion accessories.

Emily resurrects old school music with her famous sayings like “ get lost”, “be all you can’t be” and “ wish you weren’t here”.

Co-branding alliances have been made with Jones Soda, Gibson Guitars, and Manic Panic.

Now, on to the drama and silly accusations surrounding the brand of Emily. The following image has caused a dispute over the identity of Emily. 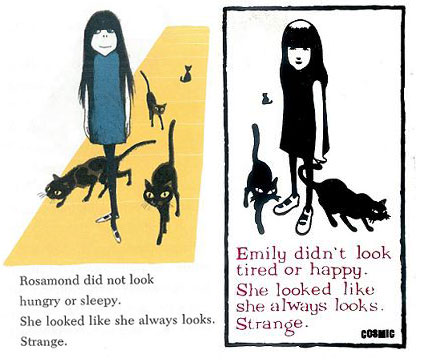 In all realism, the images are almost identical. The creator Nathan Carrico stated his design was original when he sold it to Rob Reger.

However, many have noticed the similarities between the following two images.

Rosamond’s creators became aware of the similarities, and of course were angry. The team then began to badmouth Cosmic Debris and everything they stood for.

Cosmic Debris, the creators of Emily planned to counter sue. Cosmic Debris contended that Emily and Rosamond both drew from a tradition of similar characters including Wednesday Addams, and argued that while the text of the initial Emily was nearly identical with Rosamond appearing in Nate the Great, the illustration had been withdrawn in 1998 and the statute of limitations had therefore run out. 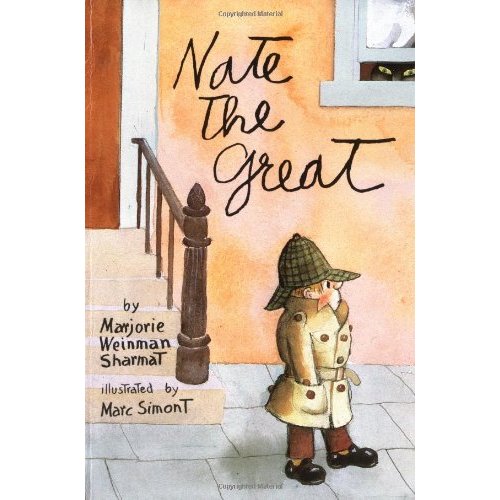 In the animated world, there was a bit of a feud over Rosamond and Emily. It was Emily Vs. Rosamond. 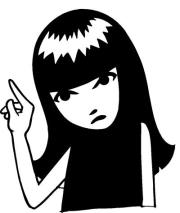 In August 2009 both teams of creators jointly announced an agreement resolving all disputes between them. Each side agreed to give up all claims against the other as a part of their settlement. Rosamond creators released a statement, “ we recognize that Emily and Rosamond are both unique and original characters and we are pleased to resolve this dispute.Emily stood the test of times, and has become a fully developed personality. Rosamond is limited, and there is place for her only in the past. Rosamond was not a bold enough character to stand out and have her own stories. Instead she was a sub character to a male lead. Emily, well in the world of Emily, Emily rules all. 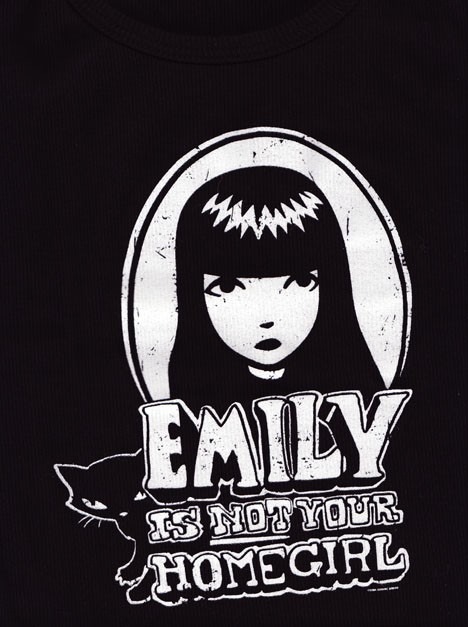 There are similarities. But they are superficial and limited to two specific and isolated images from two artists with much larger careers.

The single image in question is just that – a single image. In the defense of Reger, he was not to know that the image was a potential replicate of another body of work.

The original image appeared on a free sticker to promote a skate company.

Work created after this sticker should not be confused with the original drawing. They are different. Entirely. An entire body of work should not forever be invalidated by one discretion. 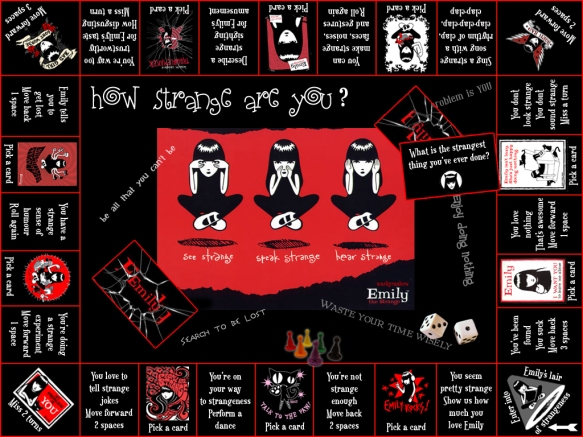 Culture  is shared and ideas are recycled. So the use of four cats and a young girl should not automatically be dubbed as a rip off. Reger has created the identity of Emily. He has established her friendship with her four cats. Each cat has his or her own identity and name. Emily is a bold character. The only thing tying Emily to Rosamond is the word strange. Strange was used in context with Rosamond once. Not in the same context as it is used to define Emily.  Each character is drawn in their own distinct style

The on-going existence of Emily has no reference to the earlier similar work. There’s no relation. It’s not a homage. It is an illustration of an idea and not surprising that two separate people wanting to communicate the idea of strange would create a similar image.