Kev From Atomic Honey–What Music Means To Me

I was honored to be asked to write this guest blog on the importance of music in our lives:

I’ve long said that music is one of the very few things all cultures in all eras have in common-right along with language and theology. Of the three I prefer to speak of music most of all because it is the least divisive of them, and even goes a step further-I firmly believe music has a way of bringing people together.
I won’t bore you with the history of music and its importance in cultures, or myriad scientific studies that have proven time and again that music has unique effects on the human brain-yes, music can quite literally be considered a mood-altering drug. What I will write of is music’s role in my personal life, and how it has led me to where I am today. 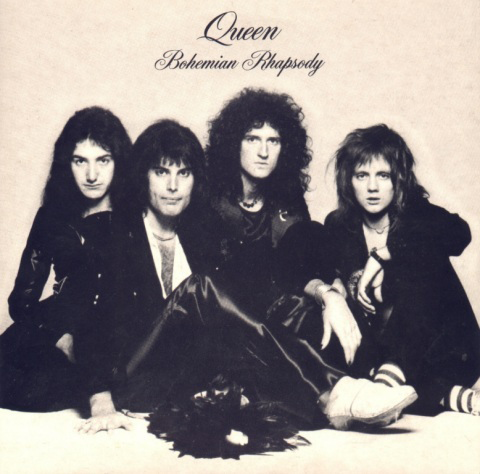 Certainly not the first songs I heard in my life, but the first ones that stick out in my memory as affecting me emotionally are “Bohemian Rhapsody” by Queen, “Baker Street” by Gerry Rafferty, “Feels So Good” by Chuck Mangione, and “More Than A Feeling” by Boston. I would have been around 6 years old or so at this time. I didn’t discover until I was 14 that “Bohemian Rhapsody” was that particular song-my vague memory of it as a small child was of a song “where some guy kills himself.”
“Baker Street” and “Feels So Good” have always had a special place in my heart as they illicit powerful visual memories of weekend trips to my grandparents’ house from when I was a child. I recall my parents picking me up from their house Sunday evenings to return home-it was about an hour drive through country roads where cornfields and farmhouses were the backdrop. I remember sitting in that huge back seat of our yellow Ford LTD as these songs would come on the radio, the sun dipping beneath the horizon, bringing the comfort of the summer’s evening air. The dashboard on this old yellow LTD (speedometer, etc) had a pattern of lights that reflected onto my side window that looked very much like an airplane-a prop plane. When one of these songs would come on the radio, I discovered how I could bob my head up and down and move it gently from side to side, making the “airplane” appear to fly above the cornfields and even perform some cool stunts. This may seem silly to some of you, but it was a very powerful thing to me, and a great source of comfort and stability. No special memory of Boston’s “More Than A Feeling” really-just a song I liked a lot and always made me sort of “feel nice.”

Sometimes my dad would play record albums with me in the living room, and those were special times. He introduced me to bands like Led Zeppelin, Deep Purple, Chicago, LynyrdSkynyrd, and of course The Doobie Brothers (that was HIS favorite band by far). Though of course I’ve had a lot of musical influences over the years, I think my sense of melody in songwriting really stems from these artists.
I had gotten a boom box in my room by the time I was in 5th or 6th grade, and I remember making tapes from the radio-also got some great K-Tel records for Christmas one of those years-I remember for sure I had “Blast Off” and “Dancing Madness.” By the time I entered junior high I was discovering metal bands for the first time-and it appealed to me right away of course. I learned about Judas Priest on the school bus-one of the kids I sat next to had the “Defenders Of The Faith” tape in his backpack. I learned about Scorpions and Quiet Riot from this show called Night Flight that was on late Friday & Saturday nights-anyone else remember that show?

Night Flight is also how I discovered David Bowie-and that was a life-changing event for sure. They played “Changes” from the Ziggy Stardust movie and I was completely mesmerized immediately-I knew that was something special even at that age. I learned about the Plasmatics while my parents were watching a news program-they were doing a report on the dangers of rock music. What I saw was this lady (I’d later learn it was Wendy O Williams) dressed in saran wrap, smashing televisions onstage with a sledgehammer. To a 13 or 14-year old boy, it was hard to get much cooler than that without spaceships & light sabers.
On a side note, the very first cassette tape I bought with my own money was “Love At First Sting” by Scorpions-paid for with newspaper route money. Later that summer, the second tape I bought was Motley Crue’s “Shout At The Devil” which I enjoyed, but ended up trading the next school year for Dio’s “Last In Line.” I believe my transition to metal was complete by 8th grade; I’d discovered so many great bands that year-too many to name, but Dokken & Krokus stick out as bands I liked a lot. This was also the year I started playing guitar (go figure), which my dad helped a lot with, as he was a musician many years before (he gave all that up when he married my mom).
As I got into high school and started “finding myself”-you know, weird hormonal things and what not-I started becoming conscious of the actual importance of music in my life-it was far beyond simply enjoying music at that point. I guess it was inevitable, but I grew my hair long and started wearing makeup and spandex to school (had to wear my rock clothes under my regular ones-my parents would never let me go to school dressed that way-and I’d put makeup on in the car in the school parking lot before going inside). So yeah, I got made fun of at times, but I didn’t mind too much really-I figured if I was going to be a rock star someday I’d have to learn to deal with it.

Enter my first teenage life-changing song: “Me Against The World” by Lizzy Borden. That song had a magic to it that really spoke to me, said all the things I hadn’t figured out how to say yet. It encouraged and inspired me so much to be who I AM and to not conform for the sake of not getting picked on. Hearing this song is what made me realize I’d get back at these people someday-not in a harmful destructive way-but I’d make it, I’d be this rock star someday they’d envy and would wish they had treated me better. That mission continues to this day, by the way.
So I go on to play in metal bands in Chicago and get my first taste of “rock stardom”-played some pretty big shows actually, signed a few autographs here and there, etc. About this time I discover some of the bands coming out of Seattle-namely Alice In Chains & Mother Love Bone-I took to both of them in a big way right away-never was huge on Nirvana & Soundgarden for some reason. At some point along the way, I got tired of the rock star lifestyle-decided to quit bands and moved to Alaska, where no one knew me as a musician. It was during this time I started experiencing the power of music in a very different way-a deeper way. I started opening my mind to artists like Elton John, Frank Sinatra, Billy Joel, Elvis Costello, Stevie Wonder-artists I would’ve written off as “lame” in my youth.

The first life-changing song I discovered after moving to Alaska was “Vienna” by Billy Joel-really felt like he’d written it for me. I was 24 at the time, had sworn off life as a professional musician and really wasn’t sure where to take my life from there. Billy Joel told me absolutely everything I needed to hear, but never got from anyone else-really the whole album “The Stranger” is a masterpiece. Then songs like “Rocket Man” by Elton John hit home-I’d heard it before, of course, but never really “listened” to it. I started realizing that not-fitting-in isn’t all that unusual, and isn’t a bad thing-it’s what makes artists artists-what makes humans spiritual beings. I also started discovering more and more powerful music in different genres, and that-if one was willing to search enough-there is a special, magical song for every situation we experience in our lives. I finally understood that music is a most effective form of communication-maybe THE most effective (life is a lot less lonely when we realize others have been through the same things we have). Since then, music has gotten me through many difficult times in my life-both the making of it, and listening to it.
The magic of music was put to its ultimate test in 2007 as my dad was dying of a brain tumor. It was just days before he’d pass on-he was in his hospice bed, going back and forth between our world and the spirit world. He mostly just rested this whole time-he couldn’t speak at this point, but would sort of peek at me here and there just to let me know he was cognizant. I had heard that during this time before a person died, they were spending time going over all the experiences they had in their life-reflecting. So I decided to start playing CD’s for my dad-rounded up albums from various points in our life-songs I knew he would associate with certain time periods of his life.

There were LOTS of Doobie Brothers songs, as I knew well they were his all time favorite-I swear he knew every single one of their songs-he even knew how to perform most of them. I learned something even more special about music during those days: my dad was unable to move at that point, but just lie in his bed with his arms folded across his chest. But when I played the music-especially Doobie Brothers-his foot would start wiggling to the beat, and he’d start tapping his finger on his chest. I let my mom know about this, and we kept the music playing constantly up until the time he took his last breath.
There is no doubt in my mind that music reaches our very hearts, minds, and spirits-and that it is a most amazing form of communication. Music helps us grow, helps us heal, helps us unite; inspires us, fulfills us, energizes us. There is a song for every moment, a mode for every mood; whether by making music or listening to it, I hope we’ll all continue our musical journey together throughout our lives and even into the next. Yes, music matters.
Kev
oxox
Check out Atomic Honey:
Atomic Honey Facebook Page
http://www.reverbnation.com/atomichoney
iTunes
Twitter

A Canadian gal that firmly believes words can change the world. An avid reader, writer and Halloween enthusiast. She has a special interest in communications and writes for pleasure and profession. She moonlights as a metaphysical maven with a knack for creating magical crystal jewelry and holiday accessories.
View all posts by Maison Moonchild →
This entry was posted in Music and Entertainment and tagged Atomic Honey, Atomic Honey Talks Music, Billy Joel, David Bowie, Deep Purple, Doobie Brothers, Kev Atomic, Kev Atomic Talks Music, Lizzy Borden, Music To Set Your Life To, Queen. Bookmark the permalink.