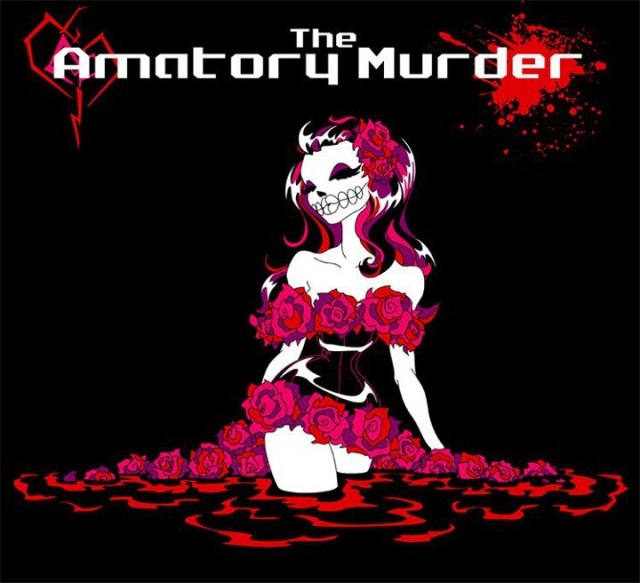 The Amatory Murder did a guest spot on the blog, check it out:

1. List 5 (or more) songs that have significantly impacted your life?

Ernest: Nirvana – “I Hate Myself And I Want To Die”: This was the song that turned me from a casual radio listener into an avid rock lover at age 12. I have the BMG music club and specifically the Beavis and Butthead Experience compilation to thank for it!  The song is just great, period. You always remember your first.

Black Flag – “My War”: This song changed my outlook on hardcore music when I was 14 thereafter declaring it the most free-form version of punk rock I’d heard til then. The dissonant notes, the spontaneous changes, the tempo shifts–it was all new to me. To top it off Rollins had the most wicked, blood curdling grunts and screams!

Tool – “Forty Six and Two”: I know I don’t have to sell anyone on the wonders of this band or this song. They’re both incredible! Their time signatures, their musicianship, their lyrics and vocals are unparalleled. Nuff said.

Atari Teenage Riot – “Ghostchase”: These guys and gal caught me at a very angsty yet dance crazed period of my life. Before I got too deep into shit like DJ Tiesto, ATR saved me and brought me back to hardcore only it was digitally infused and chaotic, like The Crass but with a heavy pulse. And I LIKED IT!

X Japan – “Dahlia”: The most beautiful men in metal; mostly because they totally resemble women! This song blew me away in high school and turned me on to speed metal and effects pedals. This is also the band I learned to play blast beats along to and learn very limited Japanese!

Drakos: Back when I was still a little boy and I had just figured out TV and how to work the remote control, I happened to switch to MTV and it was playing back to back Alice Cooper videos (yep that mystical magical time when MTV was still Music Television), specifically Bed of Nails and Poison. I was so mesmerized by the semi-clad women, the makeup the chains and the guitars, that I cried (persuaded) my parents to make me VHS tapes with Alice Cooper, Ozzy, etc to watch when I would come home from school.

I’ll never forget my first CD, that I bought with my own money. It was the 90s! Powerslave by Iron Maiden. The moment I pushed play on my gigantic disc-man and heard the intro to ‘Aces High’ was magical.

Everybody should listen to ‘Man-Machine’ by Kraftwerk right at this very moment. Stop reading this interview and do it. From start to finish. Just do it, because I say so. It’s epic.

‘Wild Side’ by Mötley Crüe, is one song that I consider the culmination of rock n’ roll and metal from what I call “The Dawn Of Rock” until 1987. It is part metal, part party song, with the right mix of riffage and motherfucking guitar solos. In my opinion is the perfect rock n’ roll song. Listen to it and get freaky or race your car on the highway or something.

I’ll also never forget when ‘Mutter’ by Rammstein came out. Till that day I never heard of them. The music video for ‘Sonne’ comes on TV and Till is staring at me in his coal miner outfit, upset for the fact that I was so ignorant, and then the intro riff drops and then my head explodes. After I scooped my brains from the floor, Rammstein (and Richard’s simple and effective guitar work) became one of my biggest influences to this day.

2. What is the most exciting thing about being a member of The Amatory Murder?

Ernest: Our car banter on the way to gigs! Lots of funny characters in this band that make a dull ride a trip to Medieval Times!  Drakos: Definitely the old-man-jokes. Before Ben joined nobody would appreciate my bad jokes and I always felt like your creepy uncle you see only once a year at your family Christmas party. Now I feel I have a fellow bad, old-man-joke connoisseur.

And the Beautiful People.

3. If you could perform with any artist, living or dead who would it be?

Ernest: Captain Beefheart but I cant decide whether I’d prefer him living or dead!  Drakos: Dio but he went ahead and passed away dammit! Type o Negative, the same! Rammstein, Megadeth, Motley Crue or any incarnation of a Nikki Sixx band, Lemmy, Deathstars or Iron Maiden.

4. What drove you to pursue a career in music?

Drakos: It’s one of the only things that makes me happy in life.

Ernest: I’d like to be living, playing, working, recording and releasing music with my guys in the Murder out of an  Italian chateau overlooking the Mediterranean sea. Or the upper east side in NYC. Whichever comes first.

Drakos: In a limo with a hot tub of course. Taking me to that Mediterranean chateau that Ernest booked to record our fourth album.

6. What is the greatest thing about music?

Ernest: Hard to say but I guess it would have to be the notion that invisible frequencies can stir up emotions, evoking sadness, happiness, hope and pretty much the whole emotional spectrum in the span of minutes. It’s just far out to think about it.

Drakos: That’s a tough one. I do enjoy sharing my art and music with our fans, and I always find magical how music can bring people together. Looking at the crowd at a show enjoying and appreciating your music is great. Music needs to be a product of musicians and listeners, be more communal. Great music isn’t possible without the fans.

A Canadian gal that firmly believes words can change the world. An avid reader, writer and Halloween enthusiast. She has a special interest in communications and writes for pleasure and profession. She moonlights as a metaphysical maven with a knack for creating magical crystal jewelry and holiday accessories.
View all posts by Maison Moonchild →
This entry was posted in Poetry and tagged megadeath, motley crue, Nirvana, NYC Rock, NYC Synthrock, rammstein, Songs You Must Hear, The Amatory Murder, tiesto, Up and coming bands. Bookmark the permalink.