Book Review: The Beauty of the End by Debbie Howells

The Beauty of the End by Debbie Howells 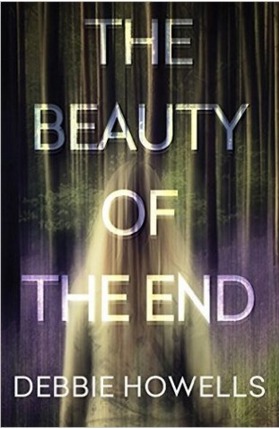 From the acclaimed author of The Bones of You comes a haunting and heartbreaking new psychological thriller about a man thrust into the middle of a murder investigation, forced to confront the secrets of his ex-lover’s past.

So begins the testimony of Noah Calaway, an ex-lawyer with a sideline in armchair criminal psychology. Now living an aimless life in an inherited cottage in the English countryside, Noah is haunted by the memory of the beguiling young woman who left him at the altar sixteen years earlier. Then one day he receives a troubling phone call. April, the woman he once loved, lies in a coma, the victim of an apparent overdose–and the lead suspect in a brutal murder. Deep in his bones, Noah believes that April is innocent. Then again, he also believed they would spend the rest of their lives together.

While Noah searches for evidence that will clear April’s name, a teenager named Ella begins to sift through the secrets of her own painful family history. The same age as April was when Noah first met her, Ella harbors a revelation that could be the key to solving the murder. As the two stories converge, there are shocking consequences when at last, the truth emerges.

Or so everyone believes. . .

Set in a borderland where the past casts its shadow on the present, with a time-shifting narrative that will mesmerize and surprise, The Beauty of the End is both a masterpiece of suspense and a powerful rumination on lost love.

I received a review copy via NetGalley and was suspecting a typical mystery, fluffy filled with romance more than mystery. THANK GOODNESS, I was wrong. I am deeply in love with Howells’ style of writing and have already found myself a copy of her previous work and can’t wait to dive in.

The plots. The twists. The misguided routes Howells takes us on. Howells is a master of her craft.

This was a truly unique story with characters that are beyond dysfunctional. Which, in the literary world, works tremendously well–we want to know the roots of their disfunction, we want to know what makes them tick. The second we think we have a character figured out and have decided who to root for, a new secret is unveiled.

Such fantastic prose, the storyline was sped up with elite precision. It’s a bumpy ride for our characters, filled with lies, love and hope renewed.

Everyone still raving about Gone Girl—you need to pick this up!

A Canadian gal that firmly believes words can change the world. An avid reader, writer and Halloween enthusiast. She has a special interest in communications and writes for pleasure and profession. She moonlights as a metaphysical maven with a knack for creating magical crystal jewelry and holiday accessories.
View all posts by Maison Moonchild →
This entry was posted in Poetry and tagged Best Books of 2016, If You Liked Gone Girl Read This, Kensington Books, NetGalley Book Reviews, Summer 2016 Reads, The Beauty of the End, The Beauty of the End by Debbie Howells, The Beauty of the End Summer Release. Bookmark the permalink.