Book Review: The Boy Next Door by Katie Van Ark

The Boy Next Door by Katie Van Ark 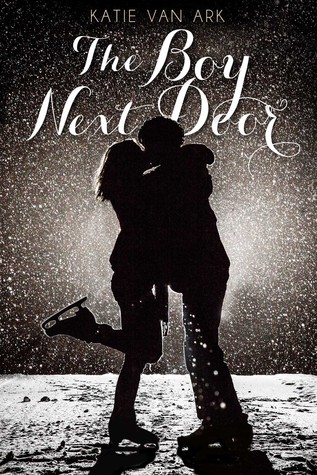 Maddy Spier has been in love with the boy next door forever. As his figure skating partner she spends time in his arms every day. But she’s also seen his arms around other girls—lots of other girls.

Gabe can’t imagine skating with anyone but Maddy, and together they have a real chance at winning some serious gold medals. So, he’s determined to keep thinking of her like a sister. After all, he’s never had a romantic relationship that lasted for more than two weeks.

But when their coach assigns a new romantic skating program, everything changes. Will this be the big break that Maddy’s been hoping for or the big breakup that Gabe has always feared?

This book was utterly adorable. I loved every single page of this story.

The dual narrative really added to the connection the reader felt to the characters. Both were loveable, with often very different perspectives on the same situation. It was refreshing to see a YA love story unfold from a male perspective in addition to a female.

The Boy Next Door navigates through the problems we all face as teenagers–high school drama, secrets destroying families and the possibility of romantic feelings making a lifelong friendship fall apart.

It was exciting to learn about the professional world of skating and what it means to find success on a rink. I loved everything about this story. I can’t say it enough! The characters wormed their way into my heart, and the story was absolutely charming and witty.

A Canadian gal that firmly believes words can change the world. An avid reader, writer and Halloween enthusiast. She has a special interest in communications and writes for pleasure and profession. She moonlights as a metaphysical maven with a knack for creating magical crystal jewelry and holiday accessories.
View all posts by Maison Moonchild →
This entry was posted in Book Reviews, Author Interviews & More! and tagged 2015 YA Releases, Katie Van Ark, raincoast canada, Swoon Reads, Swoon Reads 2015 Releases, The Boy next Door, Valentines Reads. Bookmark the permalink.

1 Response to Book Review: The Boy Next Door by Katie Van Ark