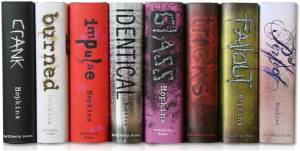 The talented Ellen Hopkins was kind enough to chat with me about her career as a writer, inspirations for her stories, transitions from YA to adult novels; and her upcoming new releases! Check it out: 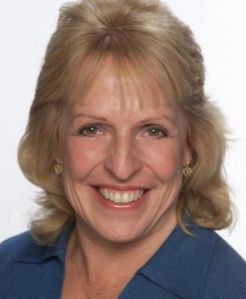 When did you first realize you wanted to be a professional writer?

It was always in the back of my mind… a dream, I guess. And way before I was writing as a serious career, I was ALWAYS writing. Poems. Short stories. Essays. I even wrote an adult novel that was agented for a while but didn’t publish. Eventually I hit a point in my life where everything was changing and just decided it was time to get serious about my writing and take a chance on my dream.

Was there a specific author that served as a muse for you to gravitate towards sharing words with the world?

Believe it or not, Stephen King. I thought I’d write horror and am, in fact, playing around with some short horror in verse. But I love King’s ability to create totally real characters and place them in totally unreal situations. He’s a master of character, really. And I’m striving to be that, too.

I wasn’t the first to meld poetry with narrative storytelling. It’s an ancient form, really. And a few modern writers were doing it before me. My first novel, Crank, wasn’t working in straight prose. The voice was all wrong and so I decided to give narrative verse a try. I did consciously choose to create formatting that was different from that of other verse novelists, to put a unique stamp on my writing. It has evolved over time and now relies a bit less on structure and more on story, but all writers grow, or should, with each book.

What is your writing process? Do you need consistency in your surroundings in order for the words to flow?

I prefer to write at home, where its quiet and beautiful. (I love where I live!) I write best early in the day, when I’m fresh and there are fewer distractions. Unfortunately, that isn’t always possible. The last couple of years, I’ve written two books a year around a heavy promotion schedule that keeps me on the road around 100 days a year. So I’ve learned to write on airplanes or in airports, and in hotel rooms when I’ve got an hour or two between school visits or other events.

Before you hit it big in the publishing world, you were a writer for magazines and newspapers. Did you enjoy this style of writing?

I did enjoy freelance writing because every day brought something new. I met interesting people and learned interesting things and much of that has gone into the fiction I write now. Plus, when I was a food and wine writer, I ate at some pretty amazing restaurants!

Three of your novels; Crank, Glass and Fallout are written inspired by true events. How much is fact? Was this trio more difficult to write because it was so raw and close to your heart?

The major plot points in Crank and Glass were true. Those books are around 60% fact, 40% fiction. I changed up characters and locations (some), to give the real players a sense of anonymity and built some different relationships. Fallout moves into the future, so while the characters in that book are inspired by real people, their lives are different. Crank was a book that demanded to be written. Creating the formatting was the hardest part of writing that story. Glass, which moves into the deeper part of her addiction, was much more difficult to write, and I had to step away from the computer many times.

Are any of your other novels based loosely around real-life events?

All of them draw inspiration from real people or events, although I wouldn’t say they’re necessarily “based” on them. But I often find ideas for books among the lives of family, friends and even readers.

Your stories are beautiful and raw. They are the kind that truly resonates with readers. How does it make you feel knowing that your mind has created such masterpieces that have are much more than cautionary tales to teens?

I truly believe this is something I was meant to do. The craft of writing is something anyone can learn to do with patience and desire. The innate ability to be a great storyteller, however, isn’t something that’s inside every person. I love what I do, and that life has led me here. I love having the ability to transport readers not to some fantastical world, but to a part of their own world that either they have never experienced, or one that they know too well, and allowing them to understand that they are not alone in that place. Others have been there and made it through, and they can, too. There’s a power in that. Maybe it’s my superpower.

2011 was the year of the release of your first adult novel, Triangles. How different was it writing for a different target audience?

There are a lot fewer filters writing for an adult audience, and while my YA definitely pushes the limits, I’m very aware of what those limits are. But the biggest difference is writing for adults is much more reflective. Adult characters have wider perspective, and so measure the present and/or future by their past. Teens, however, are all about discovery. Trying new things. Pushing their own limits, without the ability to assess outcomes as efficiently.

Your covers are always so artistic, and beautiful. How do you go about selecting the perfect imagery to fit each novel?

I don’t, actually. I mean, I do have some input, but I’m always presented with great options from my publisher’s designers. On the YA side, Sammy Yuen has designed all the covers, and he’s just brilliant. He usually gets to work while I’m still writing the book, and asks for 50 or so pages from the front to get ideas. I’ve never been disappointed. On the adult side, the Triangles cover was right from the start.

The Collateral cover needed some tweaking to make the image accurate. It’s probably the most input I’ve ever given on a cover. Collateral, by the way, is my second adult novel, and releases November 6.

What can readers expect from your upcoming release Tilt? (Tilt will be released September 11th/2012)

Tilt is Ellen Hopkins new YA novel, set to release on September 11th 2012.

Three poignant stories about teens experiencing huge issues in their lives without the benefit of proper communication from their parents, who are largely inaccessible to them. Tilt looks at teen pregnancy and the decisions that must be made; falling in love with someone who has HIV; and a girl who gives away too much of herself in her quest to grow up quickly. You can meet these teens in Triangles, too. I wanted to write both the parent and teen POVs, in separate books. It was a great, fun experiment.

On behalf on readers across the globe, thank you for sharing your words with us. It has helped us see the light in many dark days. We look forward to what the future has in store for you!

A Canadian gal that firmly believes words can change the world. An avid reader, writer and Autumn/Winter lover. She excels at communications and writes for pleasure and profession.
View all posts by Lisa Lunney →
This entry was posted in Book Reviews, Author Interviews & More! and tagged Crank, Ellen Hopkins, Ellen Hopkins YA Author, Fallout, Glass, Interview 2012, Tilt, Tilt 2012 Release, Triangles, YA Author. Bookmark the permalink.