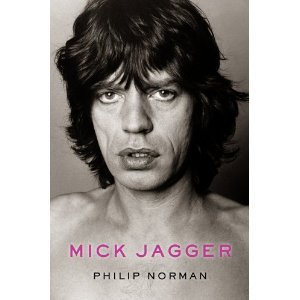 A supreme achiever to whom his colossal achievements seem to mean nothing . . .

A supreme extrovert who prefers discretion . . .

A supreme egotist who dislikes talking about himself . . .

Philip Norman has long towered above other rock biographers with his definitive studies of the Beatles, the Rolling Stones, Elton John, Buddy Holly, and John Lennon—legends whom the world thought it knew, but who came to life as never before through the meticulousness of Norman’s research, the sweep of his cultural knowledge, and the brilliance of his writing.

Now Norman turns to a rock icon who is the most notorious yet enigmatic of them all. Throughout five decades of fronting the Rolling Stones, Mick Jagger has been seen as the ultimate arrogant, narcissistic superstar, whose sexual appetite and cavalier treatment of women rival Casanova’s and whose supposed reckless drug use touched off the most famous scandal in rock history. Now a grandfather nearing seventy and a British knight of the realm, he still creates excitement at the mere mention of his name; still remains the model for every young rock singer who ever takes the stage.

Norman shows Jagger to be a character far more complex than the cold archseducer of myth: human, vulnerable, often impressive, sometimes endearing. Here at last is the real story of how the Stones’ brilliant first manager, Andrew Oldham, transformed a shy economics student named Mike Jagger into a modern Antichrist…of Jagger’s vicious show trial and imprisonment on minuscule drug charges in 1967…his remarkable feat at the Stones’ Hyde Park concert in making a quarter of a million people keep quiet and listen to poetry…his unpublicized heroic role at the Altamont festival that brought the sunny sixties to a horrific end…the cavalcade of beautiful women from Chrissie Shrimpton to Jerry Hall, whom he has bedded but not always dominated…the enduring but ever-fraught partnership with his “Glimmer Twin,” Keith Richards.

While playful about some aspects of Sir Mick, Norman gives him long overdue credit as a songwriter, whose “Sympathy for the Devil” is one of the few truly epic pop singles, and as a harmonica player fit to rank among the great blues masters who inspired the Stones before money became their raison d’etre.

Mick Jagger, above all, explores the keen and calculating intelligence that has kept the Stones on their plinth as “the world’s greatest rock ‘n’ roll band” for half a century.

WOW. Now that was a biography!

A bit of a deep read.  Jagger’s life is simply too big for a book! This book goes beyond the basics of a simple biography. First, it is a whopping 640 pages, second—the book covers everything about Jagger.

Philip Norman — takes on the inscrutable Mick Jagger and cracks his hard shell. He unearths a more human side to a man who has remained a perpetual teenager due to the detriment of his music. Norman has done the best job interpreting Jagger thus far in biographies.

Great read. Once you get going you are completely absorbed. If you a true lover of music, take the time to read this book. There is a whopping amount of detail to this book, and it makes the life of Mick Jagger that much more intriguing.

True Stones fans will love it, and appreciate the raw truth and hard facts. Jagger is an enigma. This book makes you appreciate this unique soul even more.