The last time I went trick or treating I refused to be involved.
I was about 10, maybe 11, and a sullen teenager before my years. While my younger brother and the friends we enjoyed the night with all, got in to the spirit, costumes and bags ready to be filled with treats, I dressed all in black, my uniform of the time (a perhaps naive rebellion considering I just ended up looking like a seasonal goth) and skulked around the back. 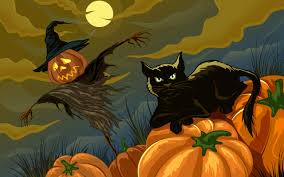 I live in the UK and Halloween just isn’t as much of a thing here as in other parts of the world. While in more recent years shops and companies have jumped on the opportunity to market another holiday to us, it certainly was even less of a thing when I was a kid. Blame cynical parents or perhaps it was the community I grew up in; cosy middle-class suburbia but rather lacking any neighbourly warmth. You got maybe one or two kids knocking, crying ‘Trick or Treat!’ and then it was usually just them from next-door. There were no decorations, no music, no bowls of ‘candy’ ready to be handed out. Frankly it was all rather disappointing. I’d watched the films, the TV specials, I knew what Halloween was supposed to be! I was supposed to be out there in the best darn costume, shrieking with glee as the streets filled with children, each with a bucket of sweets by their side, up all night high on enthusiasm and sugar. 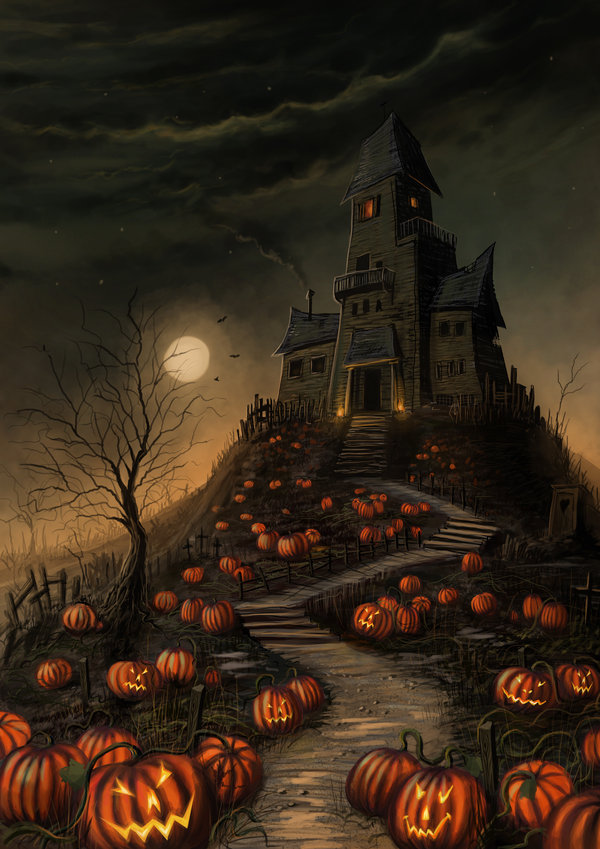 The sad truth was just that Halloween was something that happened in America. Here in the UK pavements were distinctly barren, the night quiet. But! Through it all though that wonderland, America, land of candy and magic, had offered me a light. I had something the other kids, doubtless similarly stuck at home sad, didn’t have. My best friend was American and dammit his family were going to continue such fine traditions even if nobody else seemed to! So Halloween became mum taking my brother and I around to the American’s house where we would join them and all squish in their old Volvo estate to head off on our own trick or treating. We’d drive around and visit the few friends who would humour us in this glee, and while our loot bags never got too full, and some dear old neighbour would always hand out something healthy much to us kid’s disdain, we got a good haul.

I don’t remember how many years this lasted, I just have fond memories. At some stage they gained another brother who would take place sat on somebody’s lap, and maybe once or twice we picked up some other people and would convoy about town to drop a slice of Americana, costumed and fingers sticky with sugar, on somebody’s doorstep.
I don’t particularly remember my costumes beyond that last year. I was a big kid, hell I am a big adult. No children’s costume would ever fit me; I’d outgrown the children’s department long before I’d left primary school, but things would be assembled, fancy dress boxes and family wardrobes raided. As the premature teenage sulk came in though my confidence left, and I found myself too insecure to dress up, too self aware to just relax and have fun. And so that last Halloween I set myself apart from it all, looked down on those foolish kids still living their dreams (even though I was the same age or barely older; I was nothing if not melodramatic, a vital stage of teenage angst I assure you) and resigned to be done with such nonsense. Frankly the whole thing was just rather embarassing. The Americans moved back to America the next year.

The year following that though we went to visit them in America, just before Halloween. It was everything the films had promised me. Driving through the towns the houses would have ghouls hung from clipped trees and gravestones stuck in neat grass. The stores were brimming with everything in theme. There were parties advertisted everywhere, a parade in their town… and the candy, oh the candy! I finally knew what candy corn tasted like (rather sickly, but oh so guilty-good). I just wish we hadn’t have had to fly back home before the grand night itself. To this day one of my lifetime ambitions remains to spend Halloween in America, and I am quite sure it’ll live up to all the dreams. Witches will gatecrash, I shall dance with ghosts, and I shall be gloriously sick on sugar. And my costume will more than make up for that last sad night of trick or treating.

A Canadian gal that firmly believes words can change the world. An avid reader, writer and Halloween enthusiast. She has a special interest in communications and writes for pleasure and profession. She moonlights as a metaphysical maven with a knack for creating magical crystal jewelry and holiday accessories.
View all posts by Maison Moonchild →
This entry was posted in Halloween and tagged Celebrating Halloween, Halloween, Halloween In The UK, Trick or Treating. Bookmark the permalink.