Gift-A-Book: Gift Guide For The Nerdy Reader On Your List

Need a quick gift for a fussy nerd on your list?

These picks will have you covered and looking like a superhero this holiday season.

The Peanuts Guide to Christmas by Charles .M Schulz 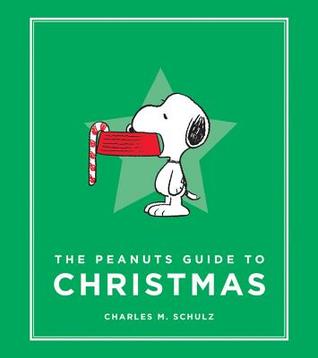 Christmas has come to the world of PEANUTS and the beguiling gang are celebrating (and commiserating) in this beautifully produced gift book for all generations.
Featuring Charlie Brown, Snoopy, Linus, and the whole PEANUTS gang, The Peanuts Guide to Christmas celebrates the holiday season the PEANUTS way! This lovable cast of characters is always up to something leading up to Christmas. And now, with this gifty collection of beloved illustrations from the classic comics, fans of all ages can get in the spirit by cherishing all of their favorite PEANUTS Christmas memories.
This PEANUTS holiday keepsake is for the millions of faithful Charles Schulz fans and those who fondly remember our best-loved beagle and his friends.

Slugfest: Inside The Epic , 50-Year Battle Between Marvel and DC by Reed Tucker

The most bruising battle in the superhero world isn’t between spandex-clad characters; it’s between the publishers themselves. For more than 50 years, Marvel and DC have been locked in an epic war, tirelessly trading punches and trying to do to each other what Batman regularly does to the Joker’s face. Slugfest, the first book to tell the history of this epic rivalry into a single, juicy narrative, is the story of the greatest corporate rivalry never told. It is also an alternate history of the superhero, told through the lens of these two publishers.

Slugfest will combine primary-source reporting with in-depth research to create a more fun Barbarians at the Gate for the comic book industry. Complete with interviews with the major names in the industry, Slugfest reveals the arsenal of schemes the two companies have employed in their attempts to outmaneuver the competition, whether it be stealing ideas, poaching employees, planting spies, ripping off characters or launching price wars. Sometimes the feud has been vicious, at other times, more cordial. But it has never completely disappeared, and it simmers on a low boil to this day.

The competition has spilled over to the even the casual fans, bisecting the world into two opposing tribes. You are either a Marvel or a DC fan, and allegiance is hardly a trivial matter. Perhaps the most telling question one can ask of a superhero fan is, Marvel or DC? The answer often reveals something deeper about personality, and the reason is wrapped up in the history of both companies.

“A smart, blow-by-blow narrative of the sometimes-friendly, often bitter rivalry between corporate comic-book behemoths…A wild haymaker for the masses, perhaps, but a knockout read for capes-and-cowls aficionados.”―Kirkus

“This is a book for ‘Fans.’ I consider myself a ‘Fan.’ I love this book. I guess you could say I am a ‘Fan’ of this book. If you are not a ‘Fan’ of ‘Things’ then this is not a book for you. It is a book for me. GIVE ME BACK MY BOOK!”―Bobby Moynihan, comedian and former Saturday Night Live cast
member

“Slugfest is the ringside commentator for the clash of the comic book titans. A must-read for all comic fans.”―Scott Sigler, author of the #1 New York Times bestselling novel Alive

Princess Diana longs to prove herself to her legendary warrior sisters. But when the opportunity finally comes, she throws away her chance at glory and breaks Amazon law—risking exile—to save a mortal. Diana will soon learn that she has rescued no ordinary girl, and that with this single brave act, she may have doomed the world.

Alia Keralis just wanted to escape her overprotective brother with a semester at sea. She doesn’t know she is being hunted by people who think her very existence could spark a world war. When a bomb detonates aboard her ship, Alia is rescued by a mysterious girl of extraordinary strength and forced to confront a horrible truth: Alia is a Warbringer—a direct descendant of the infamous Helen of Troy, fated to bring about an age of bloodshed and misery.

Two girls will face an army of enemies—mortal and divine—determined to either destroy or possess the Warbringer. Tested beyond the bounds of their abilities, Diana and Alia must find a way to unleash hidden strengths and forge an unlikely alliance. Because if they have any hope of saving both their worlds, they will have to stand side by side against the tide of war.

Harry Potter: A Journey Through A History of Magic 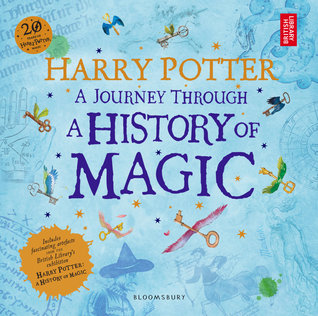 An irresistible romp through the history of magic, from alchemy to unicorns, ancient witchcraft to Harry’s Hogwarts – packed with unseen sketches and manuscript pages from J.K. Rowling, magical illustrations from Jim Kay and weird, wonderful and inspiring artefacts that have been magically released from the archives at the British Library.

This spellbinding book takes readers on a journey through the Hogwarts curriculum, including Herbology, Defence Against the Dark Arts, Astronomy, Divination and more. Discover the truth behind making the Philosopher’s Stone, create your very own potion and uncover the secret of invisible ink. Learn all about the history of mandrake roots and dragons, discover what witches really used their brooms for, pore over incredible images of actual mermaids and read about real-life potions, astronomers and alchemists.

The perfect gift for aspiring witches and wizards and any Harry Potter fan. Celebrating twenty years of Harry Potter magic, and produced in association with the British Library to support their major exhibition, Harry Potter: A History of Magic.