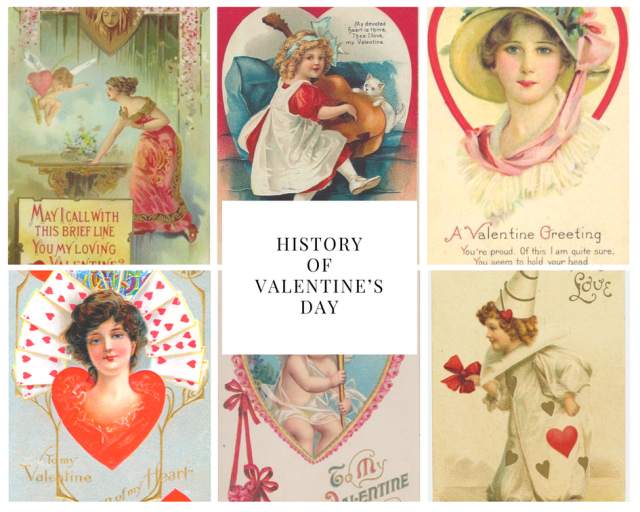 From 13 to 15 February, ancient Romans celebrated the feast of Lupercalia. Many believe that the origins of Valentine’s Day can be traced back to this ancient fertility festival. To mark the occasion Roman men sacrificed goats before using their skins to whip women in the belief that this would make them fertile. Some historians have argued that at the end of the 5th century, Pope Gelasius I declared 14 February to be Valentine’s Day in an attempt to reclaim this festival from the Romans and Christianise it.

It’s not clear which St Valentine this day was initially dedicated to, as two saints with this name share the feast day of 14 February. Both of these saints were martyred in Rome; Valentine of Terni in around AD 197 and Valentine of Rome in around AD 496. 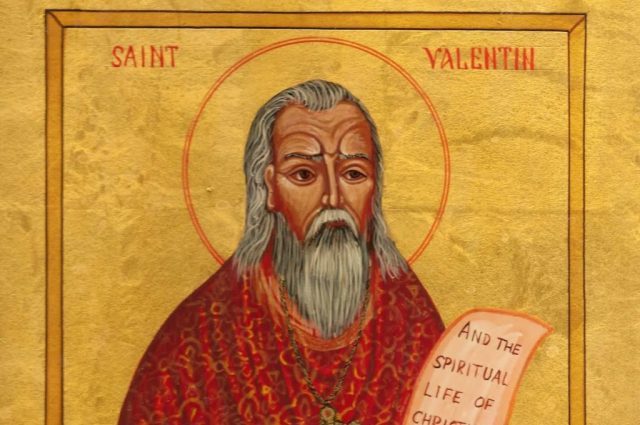 Many legends have been recorded about the latter St Valentine, but these are most likely apocryphal. These include the story that Valentine himself fell in love with his jailor’s daughter while incarcerated for giving aid to prisoners. According to this tale, St Valentine wrote his inamorata a note signed “from your Valentine”: the first Valentine’s greeting. However, while this fanciful story is compelling, it is unlikely to be true.

The next milestone in the history of Valentine’s Day came in 1382, when Geoffrey Chaucer wrote his poem Parlement of Foules. This poem contains what is widely reported to be the first recorded instance of St Valentine’s Day being linked to romantic love. This reference can be found in the lines:

For this was on seynt Volantynys day
Whan euery foul comyth there to chese his make.

Not everyone agrees that Chaucer was referring to 14 February here, however. Some have argued that he was instead talking of May time, when birds are more likely to mate in England. This coincides with the feast of St Valentine of Genoa, which also falls in May. Nevertheless, the story of Chaucer’s connection with Valentine’s Day is often repeated.

In 15th-century France, 14 February became an annual feast day celebrating romantic love. Lavish banquets with singing and dancing were held to mark the occasion. It was also a 15th-century Frenchman who committed the earliest surviving Valentine’s greeting to paper. While imprisoned in the Tower of London following the 1415 battle of Agincourt, the Duke of Orleans wrote to his wife:

This translates roughly as, “I am already sick of love, my very gentle Valentine”. This remarkable letter survives in the manuscript collections of the British Library, which also holds the oldest surviving Valentine’s letter in the English language. This dates from 1477 and was sent by one Margery Brews to her fiancé John Paston. In this letter Margery describes John as her “right well-beloved Valentine”.

By the 17th century Valentine’s Day gets a mention in Shakespeare’s Hamlet, when Ophelia is given the lines:

To-morrow is Saint Valentine’s day,
All in the morning betime,
And I a maid at your window,
To be your Valentine.

However, it was in the 18th century that the most familiar Valentine’s poem made its first appearance. These lines, found in a collection of nursery rhymes printed in 1784, read:

The rose is red, the violet’s blue,
The honey’s sweet, and so are you.

While this was the first appearance of the poem in this form, its origins reach back to Sir Edmund Spenser’s 1590s epic, The Faerie Queene. This featured the lines:

She bath’d with roses red, and violets blew,
And all the sweetest flowres, that in the forrest grew.

Check out this article for an interesting exploration of the darker roots of Valentine’s.