Summer Reads: The Dark Beneath The Ice by Amelinda Berube

The Dark Beneath The Ice by Amelinda Bérubé 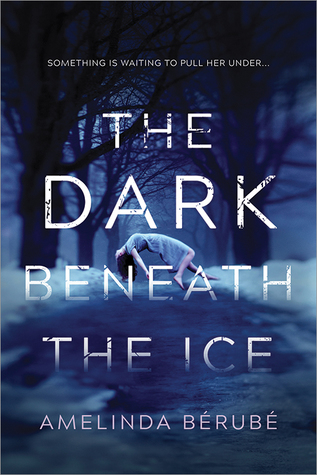 Something is wrong with Marianne.

It’s not just that her parents have split up, or that life hasn’t been the same since she quit dancing. Or even that her mother has checked herself into the hospital.

She’s losing time. Doing things she would never do. And objects around her seem to break whenever she comes close.

Something is after her. But a first attempt at an exorcism calls down the full force of the thing’s rage. It demands Marianne give back what she stole. And Marianne must uncover the truth that lies beneath it all before the nightmare can take what it think it’s owed, leaving Marianne trapped in the darkness of the other side.

Marianne’s life is falling apart. It isn’t because her parents are getting divorced, because her mother had a psychotic break, or even because her best friend moved away. It’s because strange and terrifying things keep happening whenever she’s around. Light bulbs burst. Mirrors crack. Furniture moves. Convinced she’s possessed, Marianne tries to communicate with the demon inside of her. This turns out to be a horrible mistake…

This book is beautifully written and very fast-paced, but it doesn’t spend enough time developing the characters. I felt like I understood the love interest, Rhiannon, better than I understood the main character.  I wanted to see more growth and revelations about Marianne’s motivations, fears, and desires as the story unfolded, but unfortunately the plot didn’t turn this way.

A major strength of The Dark Beneath the Ice is the language Bérubé uses as she describes the horrors that Marianne is experiencing.  The frequent use of water and ice imagery is stunning. Haunting and beautiful. She describes the world she’s created through lyrical prose. I loved that this book was set in Ottawa. I recommend this book to anyone who’s looking for a light supernatural horror that puts an emphasis on setting.

This novel is marketed as “Paranormal Activity” meets “Black Swan”. The chills are delivered from the get-go, there isn’t the buildup like the comparison films. I love the exploration of Marianne’s relationship with Rhiannon, or “Ron”, an outcast at school. Their interactions and the development of their relationship is definitely one of the highlights of the book.  Marianne has recently lost her best friend, who moved out of the country.  Ron fits perfectly into this gaping hole in her life, and whenever they interact, we get to see parts of Marianne that we wouldn’t otherwise.  It isn’t quite insta-love, and it’s a touch of sweetness in an otherwise dark story line.