The Lying Game by Ruth Ware 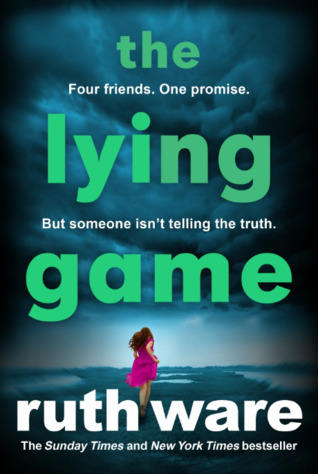 The text message is just three words: I need you.

Isa drops everything, takes her baby daughter and heads straight to Salten. She spent the most significant days of her life at boarding school on the marshes there, days which still cast their shadow over her now.

Something terrible has been found on the beach. Something which will force Isa to confront her past, together with the three best friends she hasn’t seen for years, but has never forgotten. Theirs is no cosy reunion: Salten isn’t a safe place for them, after what they did.

At school the girls used to play the Lying Game. They competed to convince people of the most outrageous stories. But for some, did the boundary between fact and fantasy become too blurred?

And how much can you really trust your friends?

Ruth Ware hooked me in earlier this year with her psychological thriller, The Woman In Cabin 10. I was a bit skeptic that she could push out another fantastic mystery so soon.

She crafted a dynamic female gang. Each character was deeply flawed and intriguing. Much like the protagonist in ‘Cabin 10’

I loved the Pretty Little Liars series by Sara Shepard and this was a very adult story dealing with similar tones. Yes – of course, lies – but much deeper than that. Ware has such a way with words. Her style is smart, fun and witty.  She sure can craft a world!

I loved being transported to England in this atmospheric story, diving into the past and back to the present.

I can’t say anything else – no one likes spoilers!